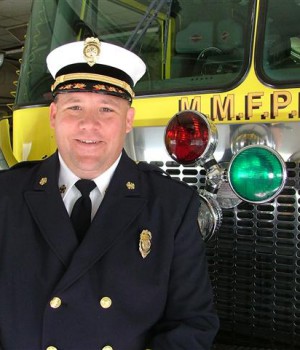 A motion of the Village Board officially organized the Mt. Morris Fire Department on July 7th, 1889. Prior to that the citizens of Mt. Morris formed bucket brigades when a fire broke out. After the Department was formed, Volunteer Firefighters were first called to duty by church bells. Around 1900 an alarm bell was purchased for $43.91 and placed on the Village Water Tower. The bell is still on display at the Firehouse. In the 1920’s an electric siren was purchased to summon volunteers. Today the siren, in conjunction with pagers and radios, is used.

Today the District protects the Village of 3,100 people, as well as the 1,900 who reside in the 45 surrounding square miles of farms and fields. The District strives to be “up to date” and current with the newest advances in techniques. The apparatus is well maintained and in the highest working order. The District is led by a full-time Fire Chief and staffed by 30 dedicated paid-on-call volunteer firefighters, as well as a full-time Paramedic EMS Service. The District responds annually to approximately 175 fire alarms and 750 EMS calls.