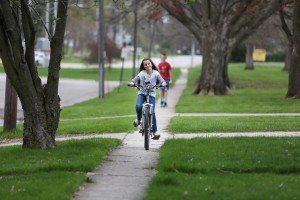 On Jan. 8, 1848 a meeting was held to determine whether to incorporate. Nineteen votes were cast in favor and none against. On Jan. 15, 1848 a meeting was held to elect trustees and a clerk for the new Village. At the meeting eight ordinances were written and passed. The first laws passed by the first Board of Trustees set the boundaries of the village, prohibited the sale of spirits or malt liquor, allowed a permit to be granted for the sale of spirits or malt liquor for medical or mechanical purposes, all gambling and drunkenness would be declared a nuisance and that a violation would result in a $25.00 fine, all shows, and circuses, etc. needed a license, all quarreling, fighting or in any way disturbing the peace was strictly forbidden, and all horse racing was forbidden.

The Rock River Seminary was founded in 1839 by a few public spirited settlers living in the Village. Mt. Morris enjoyed the distinction of being the literary center of the northwest, and was justly proud of Old Sandstone standing prominently on the college campus in the center of the dignified little Village. The first term of the Rock River Seminary commenced on the first Friday in November, 1840. The seminary was forced to close in 1878 due to financial problems. A movement was begun to establish an educational institution for the Church of the Brethren. The campus was purchased, and on Aug. 20, 1879 the first term of the school was opened. In 1884 the school, under a new charter, was named Mount Morris College. Several buildings were constructed during the next several years. On Jan. 15, 1912 a fire destroyed Old Sandstone. The outer walls were left standing and were later found to be solid so were used in rebuilding the structure.

On April 12, 1931 three large campus buildings were destroyed by a fire. Old Sandstone was not damaged below the third floor and was again restored. It stands proudly today in the center of the Village. On Oct 28, 1932, after nearly 100 years, the college was closed permanently. During that time thousands came to Mt. Morris for education and inspiration. Old Sandstone and several other college buildings still stand on the beautiful campus.

Community events are held on the campus. The Kable Concert Band, organized in 1897, performs a free concert in the band shell every Wednesday evening during the summer.

Mt .Morris has a history of being a printing and publishing community. The first printing plant was established in 1842. During the next 40 years there were a number of small plants established to print the various Village newspapers. In 1898 the twin 18 year old Kable brothers took over an abandoned printing shop. They decided to operate as a partnership. The company moved many times over the next several years. In 1909 the original building of the Kable Brothers Printing Plant was erected. Many additions have been built over the years. The plant has been printing magazines, newspapers and catalogs continually since 1909. The growth and prosperous conditions of Mt. Morris in the early years came entirely from the development of the printing plant.

Other businesses have helped to establish Mt. Morris as a printing and publishing community. The Poultry Tribune Company published magazines in the poultry field and owned and operated a poultry experimental farm south of Mt. Morris. Various types of equipment were tested for the benefit of the readers of the magazines. James Watt and A. A. Yoder purchased the Poultry Tribune Company in 1917. Watt Publishing Company grew into a large publishing business operating in the old Sandstone Building on the Campus until 2007. 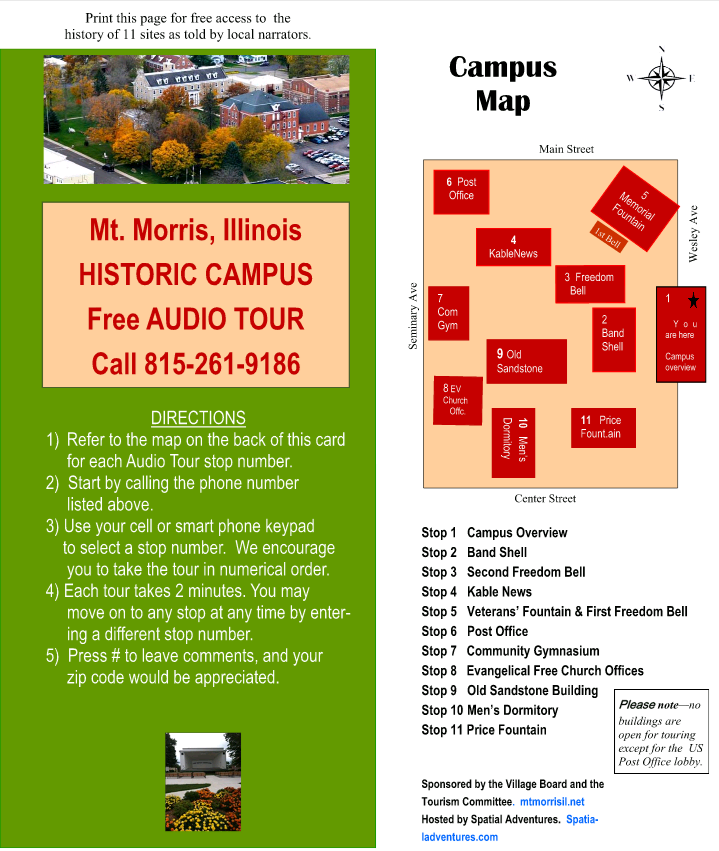